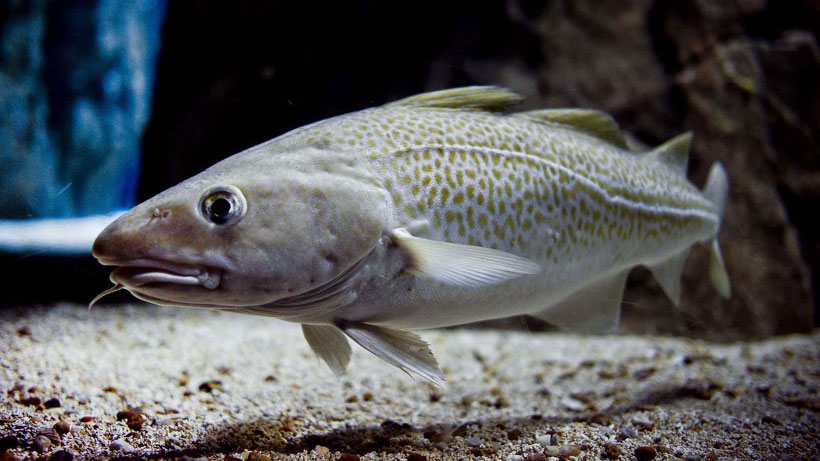 Cod is generally known as the fish on which Norway as a nation was built. It has been an essential resource for Norway throughout history. Today, we fish around 1 million tonnes of cod and winter cod in Norway, and cod stocks are thriving. In more recent times, the number of recreational fishers has seen a substantial increase, in turn resulting in strong pressure on cod stocks along the south coast. Parts of these stocks have consequently been protected against fishing. Cod is an important food source worldwide, and is also known in some countries as bacalao.

Cod farming is currently in the second attempt. The first attempt was unsuccessful, as the genes were not suited for farming. Nofima and Havlandet Marin Yngel have now bred a whole new generation of fish for cod farming, and this time around the indications are positive. There is very little disease in farmed cod, and it is claimed that escapees will not be a problem with this new variant, which is described as tame. Cod farming in cold Norwegian fjords is an eco-friendly and positive way of producing proteins for the world’s growing population. We are starting to see the contours of a new and optimistic re-launch of cod farming.

Lumarine has the facilities for production of young cod at its plant in Tjeldbergodden.

Since acquiring Njord Salmon in 2019, Lumarine has been working on plans to exploit existing capacity and to develop activities at Bioparken. Residual heat from Equinor makes Bioparken a very energy efficient location for warm water aquaculture.

The two contracts provide solid foundations for further development of this area. The cod industry is witnessing significant growth, despite being in an early stage of development. Young fish capacity is a bottleneck for cod farmers in their current efforts to scale up from trial activities to commercial volumes. Lumarine aims to take a leading role for the industry by providing young fish capacity at Tjeldbergodden, to meet the industry's needs. Ref. the article about Gadus’ investments in cod. More specifically, this implies establishing new growth capacity in facilities to be filled with cod fry from the company's own production and/or in collaboration with other fry suppliers.